Frederick’s sixth Pagan Pride Day will be held on Saturday, September 18, 2021, at the Unitarian Universalist Congregation of Frederick. People of all ages and spiritual backgrounds are welcome. The event will include information booths, workshops, live music, vendors and other activities celebrating the Autumn Equinox, a time of thanksgiving in many Pagan traditions.

Admission is a donation to one of two organizations we are supporting this year.  You are welcome to bring an item of non-perishable commercially prepared food (no home canned goods, unfortunately) for The Foodbank Program operated by the Frederick Community Action Agency.  This year, Frederick Pagan Pride Day is also supporting Frederick County Animal Control.  Donations for the Adoption Center can also be given as admission.  FCAC is requesting UNOPENED PACKAGES of canned food of any variety, dry food (Iams is preferred, but they will take any sort), bleach, sponges and Dawn dish soap.  Other pet supplies are welcome, but must be UNOPENED.

The International Pagan Pride Project is a non-profit organization dedicated to the elimination of prejudice and religious discrimination through education, activism, charity and community. Pagan Pride celebrations are held annually around the world within two weeks of the Autumn Equinox. In 2013, there were 98 Pagan Pride events across the USA, Canada, Mexico, Brazil, the Dominican Republic, Rome and Austria. 2013 event attendance was 65,717: an increase in attendance by over 20,000 when compared to 2012. The events collected a total of 39,962.80 pounds of nonperishable food.

The food drive gives participants a way to share with those who are less fortunate while making a positive statement about Paganism. For decades Pagans have been wrongly accused of practicing devil-worship and performing “black magic.” In reality most Pagans enjoy a religion emphasizing respect for nature, humanity, and oneself. Modern Paganism, or Neo-Paganism, is a growing religious movement based on combinations of ancient polytheism, modern eco-spirituality, and reverence for the Divine beyond gender stereotypes.

The Unitarian Universalist Congregation of Frederick is located at 4880 Elmer Derr Road. Frederick Pagan Pride is hosted by Frederick CUUPS (Covenant of Unitarian Universalist Pagans). For more information about the event or about Pagan religions, email Irene Glasse at frederickpaganpride@gmail.com. Additional information regarding Pagan Pride Day is located at https://www.facebook.com/FrederickPaganPride.

Fellowship of the Ancient White Stag 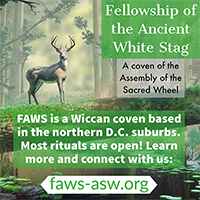 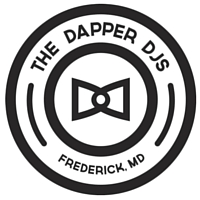